How to trade Cannabis shares CFDs 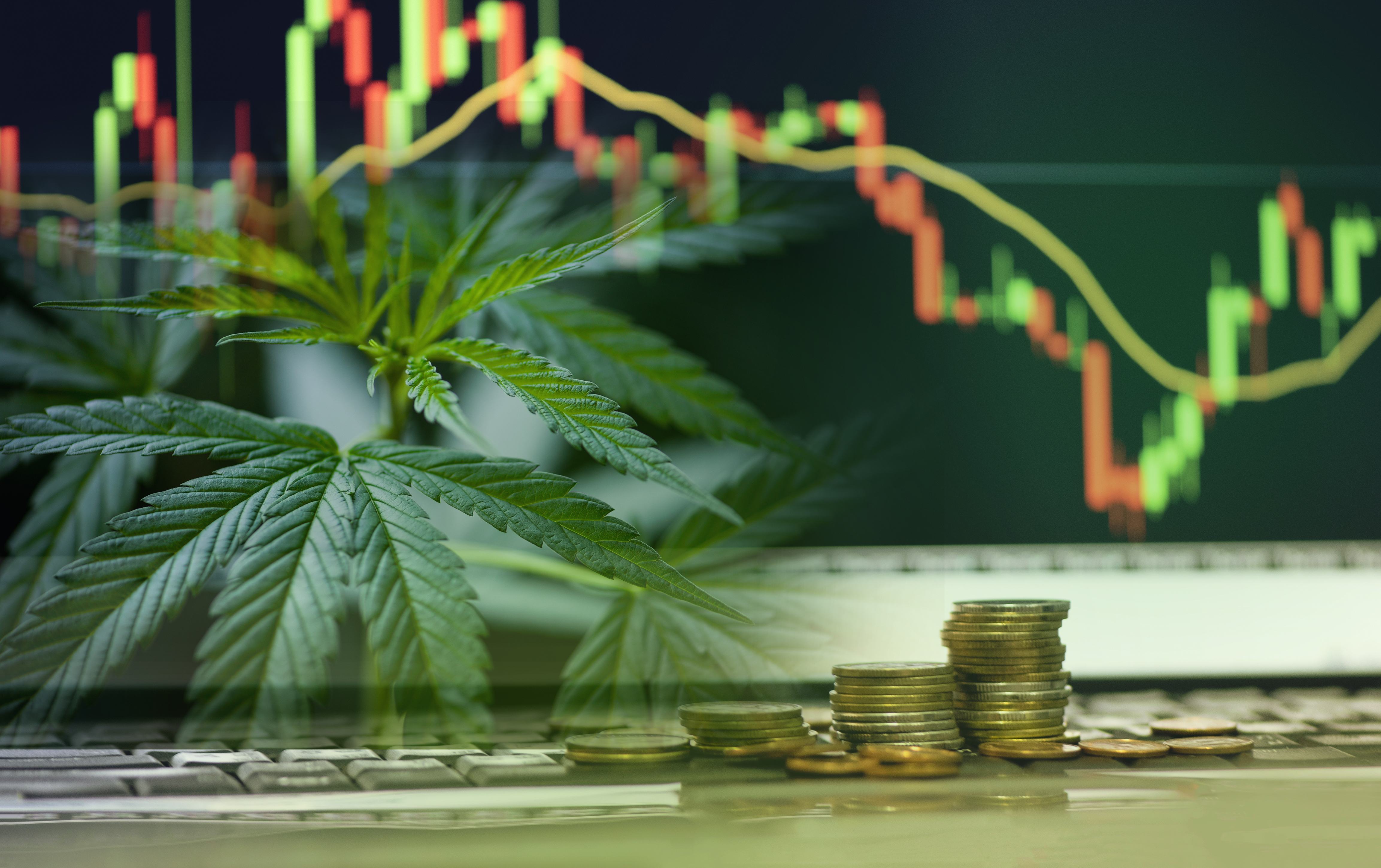 A seemingly inevitable shift towards the legalisation of marijuana across the developed world is encouraging a lot of interest in the shares of companies in the Cannabis industry. Trading in Cannabis share CFDs and Cannabis index CFDs are one way to go about capturing this exciting new opportunity.

What moves the Cannabis market?

Every time a country or US state legalises marijuana, it increases the potential demand for products and services from the cannabis industry. Of course, the vice versa holds true as well in any instance that legalisation is delayed or denied.

The cannabis industry (outside of the black market) is in its infancy, which means there is space for many new start-ups, some of which could become future fortune 500 companies. The big event that Cannabis investors are waiting for is the legalisation of marijuana for recreational use in the US at the federal level. This could still be some years off so in the meantime changes in law at the State-level that are paving the way.

Belief in this huge transformational change in law has created somewhat of a mania! Investing in Cannabis shares is the latest craze and the industry has already witnessed some ‘tulip-like’ ups and downs in company share prices.

Although cannabis is considered an illegal substance in most countries, trading in the publicly-listed shares of reputable companies operating in the cannabis industry is perfectly legal.

While the larger companies typically offer products and services for both medical and recreational marijuana, smaller companies will tend to focus on one form or the other. Medical cannabis is typically more potent because the purpose is to use the plant’s natural healing properties to help with things like pain relief. Recreational marijuana typically has a higher THC content because it used for the “high” effect felt from using it.

What do Cannabis companies do?

There are also established companies getting involved in the industry. For example, Coca-Cola have expressed interest in producing cannabis-infused drinks.

What are Cannabis shares CFDs? 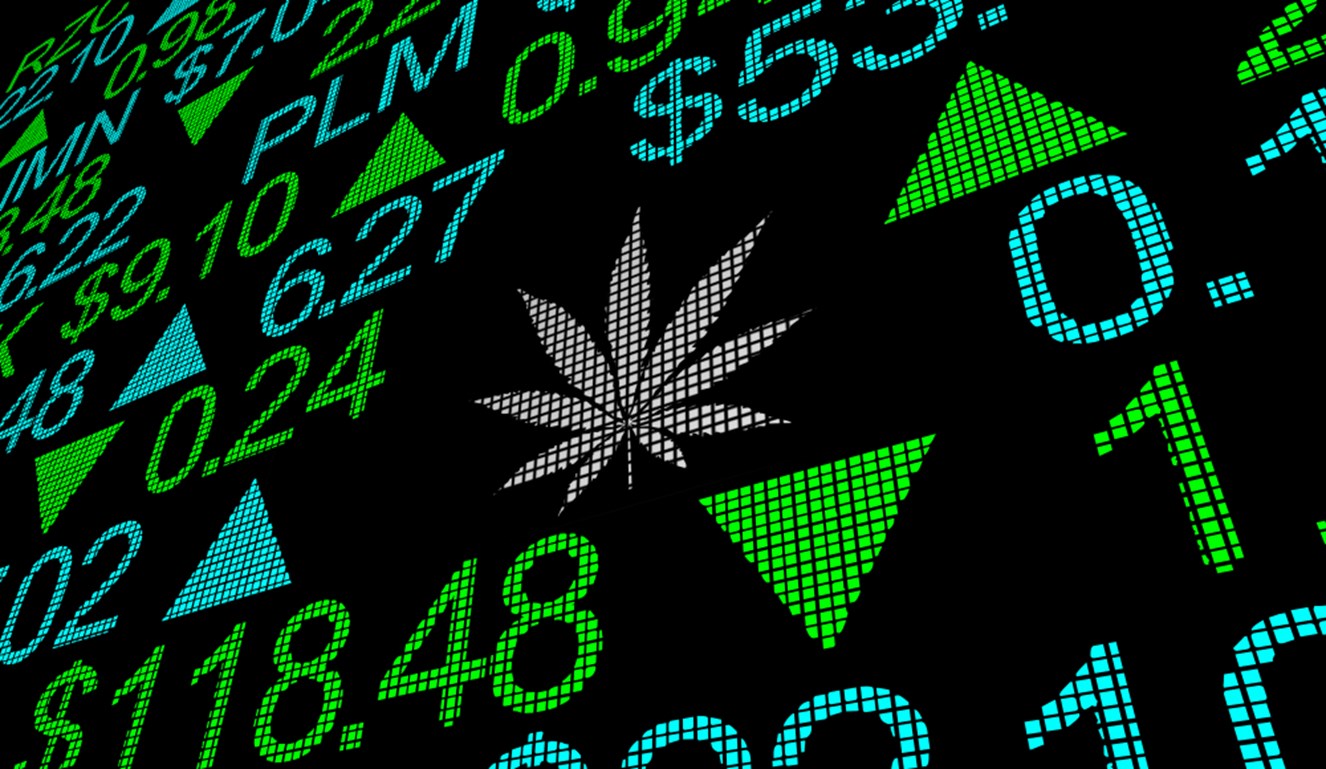 CFDs are a financial product used to speculate on the price movement of cannabis shares or a cannabis index. What are CFDs?

Contracts for Difference (CFDs) allow investors to speculate on a specific financial market without taking ownership of the underlying asset.

When trading Cannabis CFDs, the trader is speculating on the price movement without owning the underlying Cannabis shares. When trading CFDs, investors are able to profit from both rising and falling markets. This is due to the ability to both buy (go long) and sell (go short).

What is a Cannabis index?

A Cannabis index is a collection of stocks that represent the Cannabis industry and is used by traders and investors to gauge how the overall market for Cannabis is doing. The concepts is the same as the other indices offered by LCG including Wall Street & UK 100.

There are different areas of the cannabis market to invest in but as a starter – let’s talk about some of the biggest and most popular cannabis company shares. Many of them are based in Canada, which was one of the first counties to legalise the use of recreational marijuana. This differs from other countries, including the UK which recently legalised the use of medical marijuana. Canada is well-positioned north of the border of the US, which is widely expected to be the largest source of Cannabis industry growth, should recreational use ever be legalised at the federal level.

Which are the most popular Cannabis shares?

Tilray is a Canadian pharmaceutical and cannabis company. The post-IPO performance of Tilray was one of the most impressive in the Cannabis industry, starting at $17 and reaching an intraday high of $300 in September 2018.

The acquisition by Aurora of CanniMed Therapeutics is one of the largest Cannabis M&A deals to date. The merger, it’s NYSE listing and operations in 24+ countries makes Aurora potentially one of the best positioned to capture future growth of the Cannabis industry.

Canopy Growth is the world’s largest Cannabis company and was the first pure-Cannabis company to list on the New York Stock Exchange (NYSE). The company produces and markets both medical and recreational strains of marijuana, including Tweed which is promoted by rapper Snoop Dogg.

Cronos was the first Nasdaq-listed pot stock. Cronos is a grower and distributor in Canada which is experiencing strong growth thanks to the legalisation of marijuana for recreational use in Canada.

Hexo, formerly known as Hydropothecary Corporation is a producer of Cannabis products for Canada’s recreational market. Brewer Molson Coors has bought a stake in the company for the two companies to develop cannabis-infused drinks.

The above is by no means an exhaustive list of all publicly-traded cannabis company shares. Most Cannabis shares are what are known as ‘penny stocks’, meaning they are valued below $1 and typically have less established businesses. This makes them highly risky and volatile and they are prone to market manipulation.

What Blue chip shares could benefit from Cannabis?

The owner and marketer of some of the world’s biggest beer brands including Corona and Modelo has a substantial stake in Canopy Growth as a private equity investor and seems likely to eventually take majority control.

AbbVie is a large multinational pharmaceutical company with a synthetic cannabis-based & FDA-approved drug called Marinol. The drug is used for alleviating nausea in chemotherapy patients and appetite loss in AIDS patients. Marinol represents a small part of the current line-up of drugs offered by AbbVie but represents large potential future growth in prescription cannabis drugs.

Scott’s Miracle-Gro has been around a long time but received a new lease-of life thanks to increased demand for Cannabis growing supplies. This includes hydroponics, lighting and ventilation systems.

Click here to see the pricing (including spreads and margins) for trading cannabis shares with LCG.

How to trade cryptocurrencies

How to invest in shares

Share trading refers to investing in a publicly listed company or corporation by purchasing a number of that company’s shares, also referred…

How to trade options

An option is a financial derivative representing a contract wherein a buyer is given the right, but not the obligation, to buy or sell a fin…

How to invest in forex

The Foreign Exchange market, often referred to as the Forex or FX market, is considered to be the largest and most liquid market in the worl…