How to invest in forex

The Foreign Exchange market, often referred to as the Forex or FX market, is considered to be the largest and most liquid market in the world. With an average daily trading volume of approximately $5 trillion, the currency market dwarves other, more traditional means of investment such as the stock market. The Forex market is decentralised, meaning there is no central location where trades are conducted, rather, Forex trading is conducted over the counter (OTC).

Traditionally, Forex investing was reserved for major financial institutions and high net worth individuals. However, advances in technology have enabled anyone to invest in the currency market online and over 30% of daily FX trading is now conducted by retail traders. The exponential growth in the number of retail investors conducting Forex trading has been facilitated by the introduction of derivatives including Contracts for Difference (CFDs). By investing in these derivatives, retail traders can speculate on whether the value of currencies will rise or fall, without taking ownership of the underlying asset.

How Does Forex Trading Work?

The Forex market is open for trading 24 hours per day, 5 days per week and is traditionally separated into three sessions that overlap throughout the day:

Forex investing involves trading currencies in pairs, which means that investors are concurrently buying one currency while selling another. Currency pairs are separated into three categories: 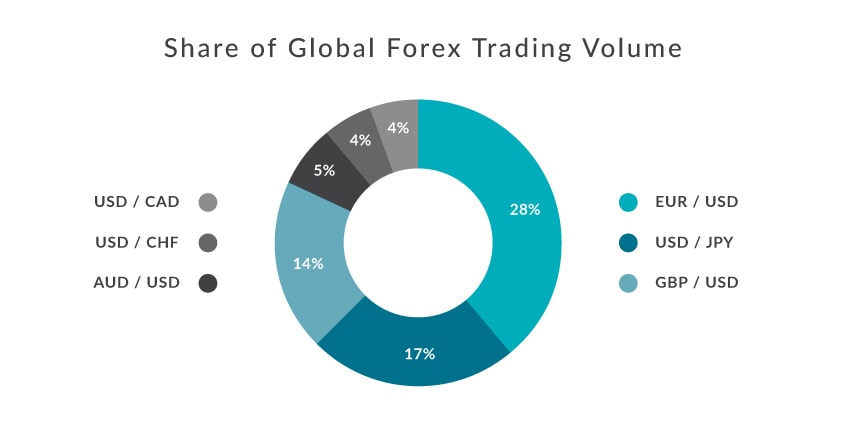 The price of a currency is a reflection of how positive or negative the market deems the future economic health of a country or region to be. So, in essence, when currency trading, investors are effectively speculating on the performance of one country’s economic health against that of another. For example, if a trader believes that the economy of the United Kingdom is going to outperform that of the Euro area, they would sell the EUR/GBP currency pair (selling euros and buying pounds). On the other hand, if the Euro area’s economy is likely to grow in comparison to that of the United Kingdom, a trader would buy EUR/GBP (buying euros and selling pounds).

Factors That Affect the Currency Market

One of the most challenging aspects of learning how to invest in Forex is knowing when to buy and when to sell specific currency pairs. There are multiple factors that affect market prices that traders looking to make more informed decisions can watch out for: 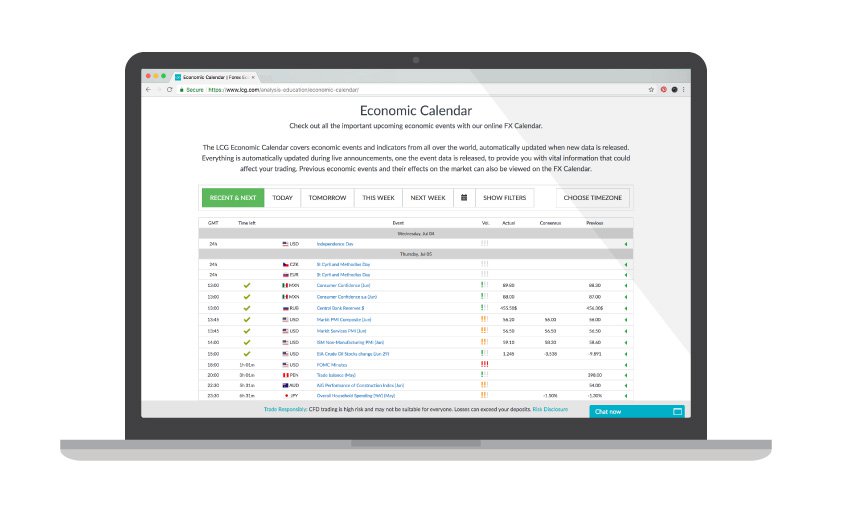 One of the features of trading derivatives such as CFDs on Forex is the ability to use financial leverage. This enables investors to control larger market positions than the value of their initial investment. Leverage is expressed as a ratio (1:1, 5:1, 20:1) and in, FX trading, effectively means that an investor is using a small amount of their own funds while borrowing an amount from their Forex Broker to increase the volume of their trade. For example, if an investor is trading with $1,000 of their own funds, applying leverage of 1:5 would enable them to control positions of up to $5,000. Using financial leverage can help traders increase their potential profits, however, it also involves risks that need to be understood and managed correctly.

Through advances in technology, Forex investing for beginners is now easily accessible online. Before starting their journey into the financial markets, beginners should ensure they have a thorough understanding of how to trade Forex and the risks involved in using financial leverage. It is always advised that new investors study the available educational material and begin by opening a demo account, where they can test their trading strategies without risking any of their own capital. Additionally, employing a comprehensive risk management strategy which includes using appropriate levels of leverage and utilising Stop Loss and Take Profit levels is of paramount importance.

Why trade forex with LCG

How to trade Cannabis shares CFDs

How to trade cryptocurrencies

How to invest in shares

Share trading refers to investing in a publicly listed company or corporation by purchasing a number of that company’s shares, also referred…

How to trade options

An option is a financial derivative representing a contract wherein a buyer is given the right, but not the obligation, to buy or sell a fin…