By Ipek Ozkardeskaya
Euro tests $1.10 but ECB doves could be hard to satisfy 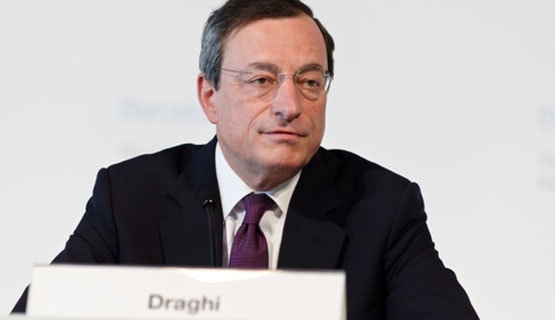 The European Central Bank (ECB) meeting is what matters the most to worldwide traders today. The ECB is expected to take monetary action at today’s meeting to give a boost to the depressed Euro zone economy as a result of the rising global trade tensions, slower growth and Brexit uncertainties. The ECB could lower its deposit rate by 10 basis points to -0.50 %, announce a new round of asset purchases up to 50 billion euros per month over at least a year and put in place a system aiming to exempt a third of banks’ excess reserves from the deposit rate. It is obvious that the market has highly dovish expectations from Mario Draghi. But high expectations also mean easy disappointment. Hence the euro’s mood will mostly depend on how investors react to a more or less dovish decision at today’s ECB meeting.

The euro bears have begun flirting with the 1.10 mark against the US dollar on Wednesday’s session. A sufficiently dovish ECB decision could send the EURUSD sustainably below this level. But if the ECB fails to meet investors’ expectations, buyers will be happy to step in at two-year lows. Put options trail below 1.1040 at today’s expiry. Investors are hedged against a move below the most-watched 1.10 mark, but the contrary is not true. On the topside, a move above 1.1110, the two-month down-trending channel top, could push for a broader euro correction.

The single currency pared half of gains accumulated between May and August against the British pound. The temporary no no-deal Brexit relief across the sterling markets should encourage a deeper correction toward 0.8845, the 200-day moving average.

Cable consolidates a touch above the 1.23 mark on easing no-deal Brexit worries. The future remains uncertain for Britain, however. An early general election and a possible Tory defeat could mean a further confusion regarding the country’s willingness and ability of leaving the European Union. For now, avoiding a no-deal Brexit by October 31st is the only silver lining for the pound, in the presence of a furious Prime Minister and a silenced Parliament as the clock ticks louder before the October 19 summit with the Europeans.

But the British blue chips do just fine with a cheapened sterling. The FTSE 100 (+0.96%) extended gains in a broadly risk-on session on Wednesday, although the energy stocks lagged (-0.64%) on a sudden reversal of the recovery in oil prices. The unexpected rise in US oil inventories last week put buyers on the back foot. Talks of improved diplomatic relations between the US and Iran further weighed on the investor sentiment ahead of today’s OPEX+ meeting in Abu Dhabi.

Despite a weak appetite in energy stocks, the FTSE futures (+0.52%) hint at a positive start in London.

Elsewhere, US President Donald Trump delayed the next round of tariffs on Chinese imports from October 1st to October 15th. The yuan gained, as Asian equities and US futures edged higher on nourished hope that some progress could be made at the trade talks scheduled in early October between the US and Chinese officials. But the chances of a deal remain slim due to looming controversies on subjects that matter to both parties, such as intellectual property, data privacy and security issues. The next round of tariffs will likely hit more Chinese goods by mid-October.

Meanwhile, stocks in Hong Kong missed today’s rally, as HKEX gapped 3% lower at the open on talks that the LSE may reject its buy offer citing political and regulatory risks at a time when Hong Kong struggles with increasing China-related tensions.

The Central Bank of Turkey (CBRT) is also expected to lower its interest rates at today’s monetary policy meeting. The unorthodox bias across the major central banks such as the Fed and the ECB, combined with the recent current account surplus, tamed inflation pressures and President Erdogan’s explicit demand for single digit interest rates should encourage the new CBRT head to shred the interest rates indulgently by another 300 basis points, or more.

In July, the muted market reaction had surprised more than the generous 425-basis-point cut below the psychological 20% level. Interestingly, there is no visible stress regarding another CBRT rate cut in the currency markets. The USDTRY trades comfortably below its 100-day moving average (5.80). Hence, carry traders could be ready to take another hit on the rates, unless a less dovish action from the ECB pushes the carry spread to fresh year lows. 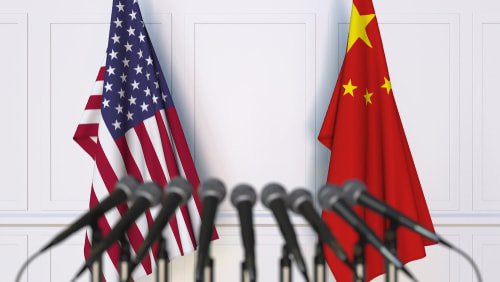