By Ipek Ozkardeskaya
Equities tumble as yuan falls past 7.00 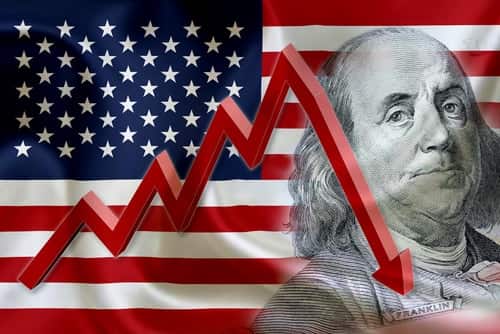 US equities fell aggressively amid the Chinese yuan depreciated past the 7 mark against the US dollar on Monday. The S&P500 (-2.98%), Dow Jones (-2.90%) and Nasdaq (-3.47%) tumbled as Donald Trump accused China of currency manipulation. Looking at the latest developments, it is safe to say that a trade deal between the US and China seems like a faraway dream.

In theory, yuan depreciation is a normal response to the slowing Chinese economy and declining exports, after the US imposed tariffs on 250 billion US dollar worth of Chinese goods this far, and 300 billion US dollar worth of goods will be subject to 10% tariff from September onward. China will release its July trade data later this week, and the trade surplus is expected to have narrowed to $42.65 billion from $50.98 billion printed a month earlier.

One thing is sure, the falling yuan adds fuel to the fire in the White House. Donald Trump increases the pressure on the Federal Reserve (Fed) for lower interest rates. The US dollar index tumbled by 1.75% since the beginning of August.

Since Monday, all G10 currencies gained significantly against the greenback on rising expectations of a decisive action from the Fed in September. And some FOMC members voiced their concerns about the current market turmoil, without however sending a clear message on whether they would consider another rate cut as soon as in the September meeting. Fed’s Brainard said the Fed remains ‘committed to sustaining the expansion’. Chicago Fed’s Evans and St. Louis Fed’s Bullard are due to speak today.

In the meantime, the probability of a 50-basis-point Fed rate cut in September jumped to 40%, according to the activity in the US sovereign markets. The US 10-year yield tumbled to 1.67%. As such, the US 10-year yield shred by nearly 50% since November 2018, when it topped above the 3.20% level.

Asian equities followed up on the US sell-off but recovered a part of losses in the afternoon session.

The Nikkei and Topix fell up to 1.80 and 1.75 respectively, as the USDJPY dived to 105.52 in Tokyo. The Japanese yen gained nearly 3.5% in the past three trading sessions against the US dollar. Investors are increasingly worried about the impact of a stronger yen on Japanese exporters. 12 out of 15 technology companies in Nikkei 225 released their second quarter results so far and their earnings missed the expectations by a solid 8%.

The Reserve Bank of Australia (RBA) maintained its cash rate target unchanged at 1% at today’s meeting after two consecutive rate cuts. The RBA keeps the possibility of lower interest rates on the table, as the tensions between the US and China don’t seem to deescalate anytime soon.

WTI crude fell to $53.72 a barrel and Brent crude tested the $60 level, as oil investors fully focused on the rising possibility of a further decline in global demand.

Gold surged to $1475 an ounce, as risk-off traders rushed into the precious metal, while sovereign bond yields got shattered by overly dovish Fed expectations.

The FTSE 100 shred more than 200 points to 7200p on Monday. The index pulled out the major 38.2% Fibonacci retracement level at 7276p and stepped into the bearish consolidation zone.

FTSE futures erased as much as 1% in overnight trading, but rebounded along with Asian stocks in the afternoon session. The FTSE 100 is expected to drop 26 points to 7197p at the open.

Cable remained bid at 1.2120 as the UK services PMI surprised with an advance to 51.4 in July, versus 50.3 expected by analysts and 50.2 printed a month earlier. The composite PMI stepped above 50, meaning that the British economic activity expanded unexpectedly last month. With no-deal Brexit worries mostly priced in, the pound could surf on the weakening US dollar to regain strength. The first key resistance is at a distant 1.2390, the minor 23.6% Fibonacci retracement on March – August sell-off.