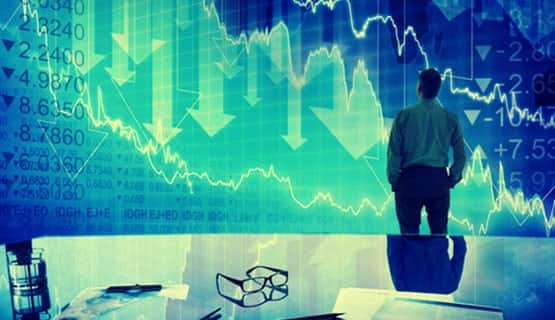 Asian equities mostly gained on Wednesday, but stocks in mainland China remained on the back foot despite the Chinese government’s dismissal of quotas and approvals for foreign investors. The latter move was interpreted as a sign of desperation and an increased need for cash as a result of mounting financial difficulties in China due to the unresolvable trade war with the US.

In the US, Trump’s hardline national security advisor John Bolton’s departure revived bets of lower tensions in the Middle East. Oil markets first tanked on fear that less dispute in the region would increase supply and weigh on global oil prices, then pared losses as the latest API report revealed that the US oil inventories fell by 7.23 million barrels last week. The more official EIA data is due today. A consensus of analyst expectations points at a fourth consecutive week decline of 2.9 million barrels versus the 4.8-million-barrel fall printed a week earlier. The last three weeks’ reads revealed significantly steeper drop in US stockpiles. Hence, another sharp decline at today’s inventory data release should give a further support to oil prices before Thursday’s OPEC+ meeting in Abu Dhabi.

WTI crude tested the $58 a barrel. The weekly positive trend should remain in place above the $56.50 mark, the major 38.2% Fibonacci retracement on September rebound. Brent crude challenged the 200-day moving average ($64) for the first time in more than a month.

The pound is offered near the 1.2380 mark against the US dollar. Released yesterday, Britain’s July jobs figures were mixed. An improved unemployment rate and faster earnings growth remained under the shadow of the weak ONS employment report according to which, the UK economy added 31’000 jobs in July versus 55’000 expected by analysts and 115’000 printed a month earlier. But the kneejerk sell-off in sterling remained limited. The 1.23 mark acted as a solid support hinting that the dismissal of the no-deal Brexit option by October 31st has given some fundamental base to buyers. In the absence of significant data in Britain for the rest of the week, Cable is expected to consolidate and extend gains above the up trending 100-hour moving average, presently at 1.2320.

In EURGBP, solid resistance is in play into the 0.90 mark as investors are waiting for the European Central Bank’s (ECB) verdict on interest rates. The ECB is expected to lower its deposit facility rate by 10 basis points to -0.50% at Thursday’s monetary policy meeting. European policymakers could also announce additional asset purchases to give support to the weakening Euro zone economy amid the global trade tensions, weakening global demand and Brexit uncertainties have taken their toll on the economic activity and the investor sentiment this year. The euro trades in a tight range near the 1.1050 mark against the greenback. The market reaction to the ECB’s latest decision will be decisive on whether the euro deserves to weaken below the 1.10 psychological support. It is important to note that an interest rate cut alone may not trigger a broad-based sell-off in the single currency as the European sovereign bond prices and the euro markets have already a good deal of the dovish expectations factored in.

Elsewhere, gold consolidates losses below $1500 an ounce. A rapid glance to 2011 could give a further insight on why the gold rally may have stopped so suddenly near the $1550 zone, even though one would have expected that the sell-off in global bonds would have directed at least a part of the freed capital to the outperforming gold market. In fact, the $1550/1560 area has been the last resistance before the prices shot up to the historical high of $1900 in 2011 and the same area acted as a solid support to the abnormally high gold prices before an extended sell-off wiped off nearly 45% of the value during the following three years.

Anyway, the downside correction in global sovereign markets continue in the final run-up to the ECB and Federal Reserve meetings this week and the next respectively. Investors are trimming long speculative positions in sovereign bonds, as dovish expectations have certainly gone well ahead of what central banks would deliver at his month’s meetings. As such, the US 10-year yield recovered past the 1.70% mark, and the 10-year bund retreated past -0.55%.