By Ipek Ozkardeskaya
Dow at record, oil up on Hurricane Barry 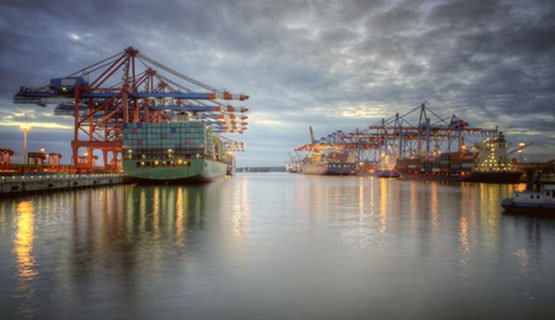 The US stocks went to the moon and back as the Federal Reserve (Fed) Governor Jerome Powell strongly hinted that an interest rate cut is imminent at his semiannual testimony before the congress. The global economic slowdown outweighs the good data in the US, according to Powell. Also, the Fed’s chief thinks that the relationship between jobs and inflation weakened over time, meaning that a solid labour market would not necessarily mean a stronger inflation outlook. In other words, the fact that the US unemployment rate stands at a fifty-year low will not hold the Fed back from lowering the interest rates. With one remark though. The US core inflation rose from 2.0% to 2.1% y-o-y in June, even though the headline inflation eased from 1.8% to 1.6% y-o-y as expected by analysts.

The pricing of a potential 50-basis-point cut from the Fed in July eased from 25% to 17.5% according to the activity in US treasury markets following a higher-than-expected inflation read. The US 10-year yield recovered to 2.14%, a month high.

Higher US yields weighed on gold prices. An ounce of the yellow metal exchanged near the $1400 level but rebounded in Asia.

US June factory-gate prices are due today. A similar positive surprise may lead to a further correction in the US bond markets, but investors will keep in mind that an upturn in inflation, if not significant, will not influence the Fed’s dovish plans.

In the meantime, US President Donald Trump complained about China not boosting its purchases of US farm products as promised at the G20 meeting. Unhappy Trump brought the trade war back in focus, reminding investors that the year-old trade battle between the US and China is far from being over.

But neither the higher US inflation nor Trump’s complains about China not buying enough US farm goods spoiled the mood in the US equity markets.

The Dow Jones Industrial index (+0.85%) refreshed record past the 27’000 level, as the S&P500 (+0.23%) closed a touch below the 3000 mark. Industrials and healthcare stocks led the rally. US equity futures extended their advance in the overnight trading session as well, while Asian equities traded mixed.

Japanese stocks saw timid demand due to a stronger yen and expectations of weak company results. Exporters are increasingly worried about the yen appreciation. The USDJPY rebounded from the 108 mark, yet the broad-based USD weakness will likely keep the pair capped pre-109.00, the resistance which was in play before Powell’s testimony. A key resistance is eyed at the 110 psychological hurdle.

Equities in Hong Kong (+0.34%) and Shanghai (+0.24%) recorded timid gains on Friday. Australian stock index (-0.23%) eased, most sectors were under pressure, except energy and financials.

Energy stocks gained overnight, as oil surged on news that Tropical Storm Barry is expected to strike Louisiana by Saturday and could hit 20% of the local oil plants on its way. The evacuation of 191 oil and gas platforms have already frozen 53% of oil and 45% of natural gas output in the region. Hence Hurricane Barry may temporarily outweigh worries about the waning global oil demand and rising US shale oil production. WTI crude holds ground above $60 a barrel, as Brent crude is traded near its 200-day moving average ($66.70).

FTSE futures (+0.36%) hint at a positive start in London. Energy stocks could rebound on Hurricane Barry before the weekly closing bell.

In the Euro area, the industrial production may confirm 1.5% contraction y-o-y in May after Germany announced a faster-than-expected contraction earlier this week. With the European Central Bank (ECB) showing its teeth due to rising economic uncertainties, the euro-dollar becomes a battlefield between the ECB and the Fed doves.

The EURUSD could make a renewed attempt toward its 200-day moving average (1.1325), as traders remain busy guessing whether the Fed could surprise with a 50-basis-point cut this month.

Bank of England (BoE) Governor Mark Carney said that a no-deal Brexit ‘could cause material economic disruption’ but the UK banks are well equipped to cope with disorderly Brexit and global trade war.

Cable advanced to 1.2571 and the euro-pound treaded water a touch below the 0.90 mark, as Britain’s cloudy politics continued weighing on the pound appetite.

The race for the Conservative leadership will continue one more week and the market remains skeptic for both outcomes. While front-runner Boris Johnson will try his best to leave the European Union by October 31st deadline, he will still see opposition from Parliament for a no-deal exit. A surprise Hunt victory, on the other hand, could leave the country stuck within a similar configuration than Theresa May’s. And the endless loop of fruitless negotiations with the EU could further prolong the period of uncertainty for the British economy.

Then there is the possibility of a renewed Brexit referendum, but nothing is clear on this end. We know that Jeremy Corbyn has finally succumbed to pressure and said that the Labour party will back the Remain camp if the UK were to vote again.

All in all, investors may choose to circumvent the never-ending Brexit risks moving forward. Decent put options with 1.25 strike will expire next week. If Cable slips below the 1.25 mark, the pound could be caught up in an extended period of selling pressure.