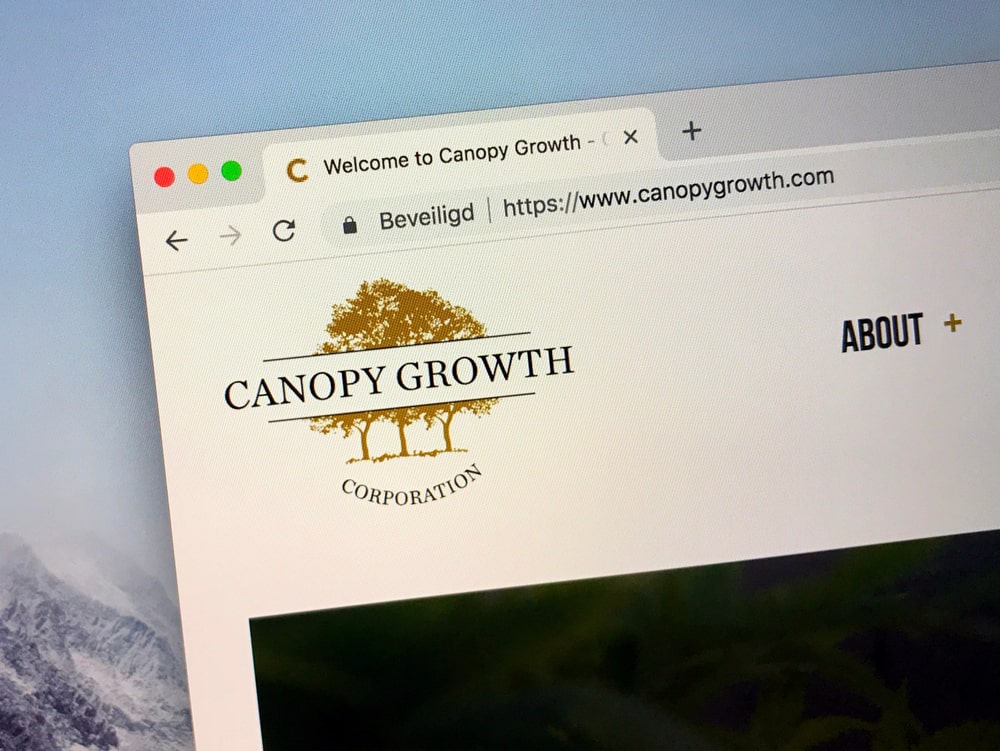 Founded in 2013 Canopy Growth is the world’s largest cannabis producing company by market cap. Listed and traded on both the Toronto Stock Exchange and the New York Stock Exchange, Canopy Growth Corporation engages in the business of cultivating and selling legal marihuana. It operates in both the Canadian medical market and recreational market. The company boasts 5.6 million square feet of production capabilities. Canopy Growth Corp has a market cap of $11.5 billion, following a $4 billion deal with Constellation Brands, the owner of Corona beer.

The legalised cannabis market has experienced a boom since Canada legalised recreational marijuana last year and as the US moves towards legalisation. As a result, interest in companies within the cannabis industry has increased and many cannabis stocks have experienced significant growth, CGC included. After listing on the NYSE in 2018 at $30.85, the stock soared to an all-time high of $56.89 in October 2018 when Canada legalised cannabis. However, 2019 has been a more challenging year with the share price falling since April and tanking 46% across the summer months.

The cannabis industry could be the growth story of this generation with $3.4 billion of legal global sales logged in 2014, and between $50 billion - $200 billion expected by 2030. However, more recently it hasn’t been a smooth ride and almost without exception cannabis stocks have lost value.

The problems began in April with supply issues in Canada. Several cannabis players then found themselves entangled in regulatory scandals, such as failing to comply with Health Canada’s regulation or similar issues with the FDA. Whilst Canopy Growth wasn’t one of the companies directly involved in the scandal, the fallout hit the industry as a whole. Investors questioned whether returns could be made whilst firms were dealing with these scandals.

Profitability is proving to be a problem at CGC. The road to profitability is set to be a long one, with CGC not expected to post a profit for at least another 3-5 years; Constellation Brands have been vocal in their displeasure at the mounting losses, which resulted in the firing of founder and visionary CEO Bruce Linton.

Whilst the leadership issue was addressed in the Q1 2019 earnings call, the fact is CGC doesn’t have a permanent solution to its CEO issue. Furthermore, Constellation brands has been filling the board with two of its own executives and two independent directors. CGC has quickly gone from marijuana growth stock to a firm potentially without a leader from the marihuana industry.

Canopy Growth’s most recent results were being closely watched, as the first set of results without Bruce Linton at the helm. However, they missed expectations. Whilst net revenue increased 250% to CA$90.5 million, it was well below the CA$107 million that analysts had forecast. Losses of CA$1.2 billion also unnerved investors, who sold out of the stock.

Whilst the results showed that the Canopy Growth Corp sold more dried flower than ever before, it sold less gels and oils, products that are valued higher. In short investors are looking for more from Canopy Growth than just selling buds. 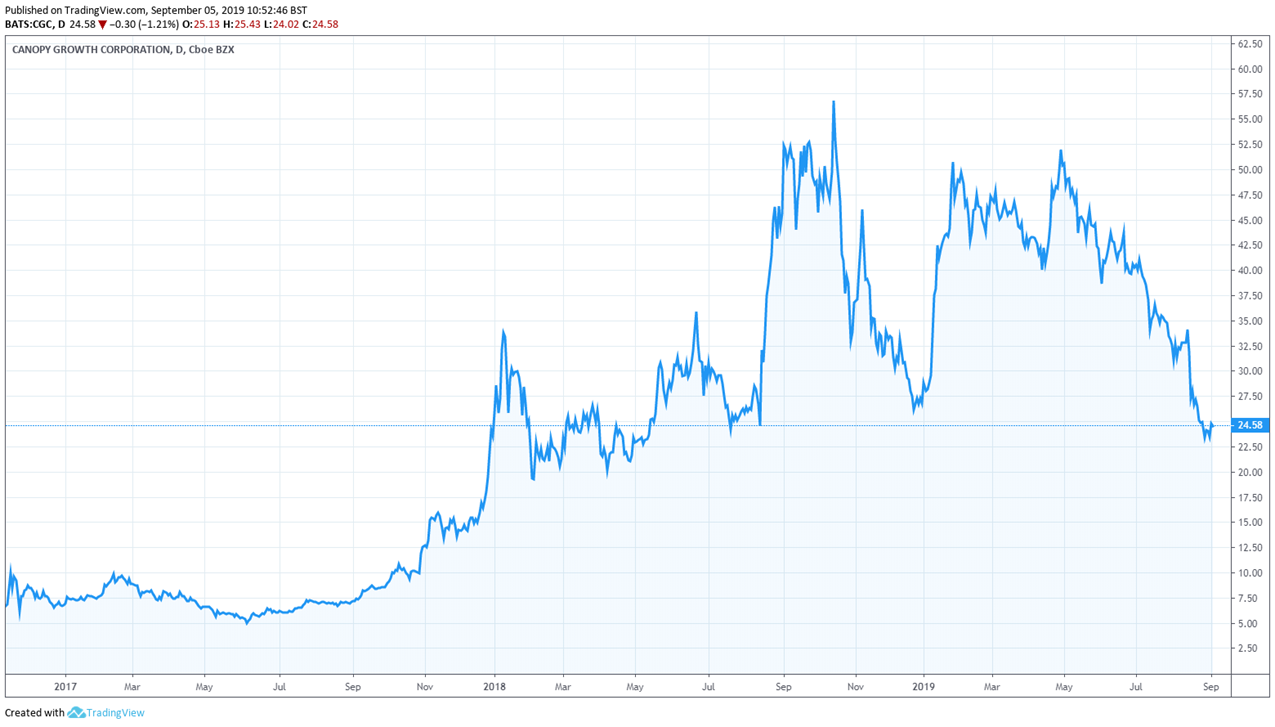 Yet despite the company’s recent troubles with management changes and profitability the outlook for Canopy Growth is still strong. It is not uncommon to see new companies investing a lot to grow and therefore profitability taking a hit. A little patience could be worth it.

Despite its problems CGC remains a leader in the important Canadian market. The firm should also receive a boost later this year when the Canadian cannabis derivatives market opens for business. Canopy is set to roll out a variety of products. Later this year the firm will be introducing new forms such as beverages. Given CGC’s tie up with Constellation Brands, we can expect this to be a huge focus for the company. There is also an expectation that the beverages could help transition people from the black market to the legitimate market. So whilst we don’t know what the demand for the new beverage product will be, the initial outlook is strong and could be a real game changer for CGC.

The benefits of the tie up with Constellation Brans doesn’t end there. Thanks to a big investment by Constellation Brands CGC’s cash pile remains large. The amount of cash that Canopy Growth has gives it an important edge over its competitors. CGC concluded its most recent quarter with $2.4 billion in cash or cash alternatives. This is significantly more than other cannabis stocks.

Finally let’s not forget that Constellation has vast experience in building successful consumer products a point that could help Canopy Growth tremendously as it attempts to carve out a spot in the rapidly expanding US CBD market; a market set to be worth 20 billion by 2025.