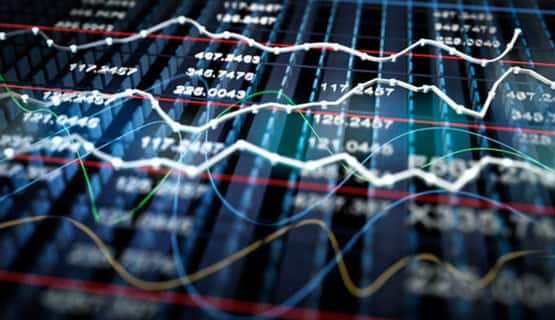 Equities rally worldwide as US and China said to meet early October in Washington, Hong Kong announced the withdrawal of the extradition bill and British MPs rejected a snap election by next month.

The US 10-year yield jumped above the 1.50% mark. With only a slim chance of a trade deal, all investors ask is at least the continuation of the trade talks. It is uncertain whether Trump would attempt to cool down the trade war moving into the presidential election year, or he would continue fanning the flames and using it as a tool to exercise an increased pressure on the Federal Reserve (Fed) for lower interest rates. So far, he has shown no urge to seal a deal, and both the equity and bond markets were set on fire with dovish Fed speculations.

Nikkei and Topix rallied past 2% as Japanese yen weakened on improved risk appetite. ASX gained 0.80%. Energy stocks rallied 1.61% in Sydney, as the barrel of WTI crude traded past the $56 level and Brent crude recovered above the $60 a barrel mark.

The FTSE 100 extended gains to 7334p on Wednesday. FTSE futures (+0.63%) hint at a positive start in London; energy and mining stocks should remain on the front foot amid an improved global risk appetite. Meanwhile, relatively cheap sterling remains mouth-watering for Britain’s blue-chip investors.

DAX is set for a strong positive open as well.

In the currency markets, the pound extended recovery to 1.2260 against the US dollar, as British Parliament rejected Boris Johnson’s proposal for an early election by next month. Less than the half of the MPs voted in favour of a snap election, while Johnson needed at least two thirds support to throw an election as early as mid-October. It is certainly surprising for an opposition party to reject an early election, but the soft-Brexiteers chose to discard the slightest risk of a no-deal rush out of the European Union if Johnson successfully united hard Brexiteers under the same roof.

Investors trimmed their short positions in sterling, as the possibility of an imminent no-deal Brexit and an early election were discarded within 24 hours. The latest developments don’t mean that the UK will leave the European Union with a suitable deal, it only means that the Brexit deadline will be delayed by at least another three months. Yet the tiniest hope of a Brexit deal is enough to lift the sentiment across the pound markets, provided that the net speculative short positions in sterling hit the highest levels since the first quarter of 2017. Hence, there is potential for a further short squeeze in this market, but the recovery should remain limited given that an extended Brexit deadline means a stretched period of uncertainty and the UK’s economic fundamentals are deteriorating. Released earlier this week, the August PMI numbers hinted at a slower economic activity in Britain, reviving fears that the country could print a second straight quarterly fall in GDP and enter a recession. But the inflation levels are such that the Bank of England (BoE) would not be able to lower the interest rates to give support to the economy without compromising the price stability. Unlike its major peers, the BoE is expected to stay pat in the September monetary policy meeting.

The latter is not true for the Federal Reserve and the European Central Bank.


US jobs data in focus

The US dollar index fell 1% since the beginning of this week, following a meagre ISM report on manufacturing activity in August. Later today, the ADP employment report should reveal how much private jobs the US added in August. Analysts expect 148’000 new private jobs last month, slightly lower than 156’000 printed a month earlier.

On Friday, the August nonfarm payrolls are expected at 160’000 versus 164’000 released last month. The US unemployment rate should remain steady at 3.7%, a fifty-year low, but the average hourly earnings growth may have slowed to 3.00% year-on-year from 3.2% a month earlier.


Swiss GDP to have slowed in Q2 on global trade tensions, strong franc

Elsewhere, the Chinese slowdown may have taken its toll on the Swiss economy combined with the franc’s past 5% appreciation against the greenback, and nearly 6% appreciation versus the euro since April. The Swiss GDP growth is expected to have slowed to 0.2% in the second quarter versus 0.6% printed a month earlier. The year-on-year growth may have nearly halved, from 1.7% to 0.9% in Q2. Swiss economy is a victim of its currency’s solid safe-haven status. Even with a policy rate of -0.75%, Swiss policymakers are unable to stop haven flows from pouring into the franc. Deeper negative interest rates in the Euro-zone may increase the pressure for lower Swiss rates, but investors will unlikely renounce to their franc holdings in the absence of a concrete intervention.

The euro advanced past the 1.10 mark against the US dollar, after the incoming ECB president Christine Lagarde said she would review the debated negative rates, while emphasizing that she would keep them in place. Actual ECB head Mario Draghi is expected to lower the European rates by at least 10 basis points in September before kissing investors goodbye. The probability of a 20-basis-point cut is being priced in above 60% in the Euro-zone sovereign debt markets.