By Ipek Ozkardeskaya
US stocks renew record despite hawkish Fed. European GDP, inflation to be a party pooper. 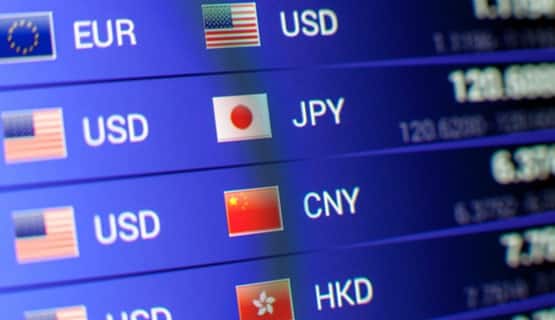 The Federal Reserve (Fed) had no choice but to lower the interest rates by another 25 basis points at this week’s meeting, although two FOMC members preferred keeping the policy as it was. But the FOMC’s accompanying statement was hawkish, as anticipated. The Fed dropped its pledge to ‘act as appropriate to sustain the expansion’ as the stronger-than-expected company earnings were well reflected through a better-than-expected GDP print in the third quarter. The US economic growth slowed from 2.0% to 1.9% only despite the trade disruptions, versus 1.6% penciled in by analysts, hinting that the ‘prevention cuts’ have done their job.

And the future looks brighter, as the US and China are sufficiently outspoken about their mutual will to clinch a partial deal in the coming weeks.

One minor barrier is the cancellation, due to social unrest, of next month’s APEC summit in Chile, where US President Trump and Chinese President Xi were scheduled to meet. But if the only issue is to find a new venue, there should be no problem.


US equities rally despite a hawkish Fed statement

In a less expected move, the S&P500 renewed record at 3050 following the Fed’s decision to put on the brake after having lowered its interest rates by 75 basis points since July. Investors are seemingly satisfied to have locked in a perhaps unnecessary rate cut. Moreover, they continue relying on the Fed for more action in case the economic data deteriorates.

Speaking of data, the ADP employment report showed yesterday that the US economy added 125’000 private jobs in October, versus 110’000 expected. But last month’s figure was revised sensibly down from 135’000 to 93’000.

Due Friday, the nonfarm payrolls are expected to have fallen to 85’000, significantly lower than the twelve-month rolling average of 179’000. A soft NFP read could give a good insight on Fed doves’ readiness to step back in.

In the corporate world, goods news continued flowing in. Facebook and Apple made their investors proud. Both companies beat the strong market expectations as they released their third-quarter earnings after the market close. The gloomy economic conjuncture has not been a concern for them.

Facebook, moreover, is expected to benefit from increased ad revenues from end November onwards, as Twitter banned political ads on its platform heading into the 2020 presidential election year in the US.

Facebook’s share price rallied up to 6.50% in the after-trading, Apple’s rose 2%.


Asia mixed. US dollar down.

Asian markets traded on a mixed sentiment on Thursday amid the Chinese PMI data showed a faster contraction in the manufacturing sector in October.

But Chinese PMI figures tend to stagnate in October due to a week-long Golden Week break. Hence the October data should be taken with a pinch of salt.

The US dollar reversed the post-Fed kneejerk rally and settled lower than its pre-Fed levels. All G10 majors gained against the greenback. The antipodeans were the biggest gainers.

Gold advanced to $1500 an ounce level, as the short end of the US yield curve was lifted higher on Fed’s decision to pause the rate cuts.

FTSE futures struggled near the 7300p mark on stronger sterling.

The pound consolidates gains a touch below the 1.30 mark against a broadly offered US dollar. Election risks should curb the appetite above the 1.30 mark, while the waning risk of a no-deal exit should provide a solid floor near the 1.27/1.28 area.

Royal Dutch Shell will release its third-quarter earnings today. Waning global demand, low oil prices and building stockpiles may have taken a toll on company’s third-quarter sales, but earnings per share is expected to have increased to 0.483 versus 0.430 printed a quarter earlier.


European growth may not surprise, though.

If the US reveals surprise after surprise, the European economic data is certainly not all roses.

The Eurozone’s GDP growth may have decelerated from 1.2% to 1.1% y-o-y during the third quarter. The inflation, on the other hand, may have eased to 0.7% y-o-y in October from 0.9% printed a month earlier regardless of lower European interest rates.

The 5y5y inflation swaps, a gauge of inflation expectations, stand at a meagre 1.22% and the actual monetary tools do little to lift the sentiment.

Looking at the currency markets, the recent gains in the EURUSD have been mostly dollar driven. The pair first tanked to 1.1080, then rallied to 1.1170 on the back of a rise and fall in the greenback following the Fed announcement. A weaker US dollar should pave the way for a further advance, but soft European data will likely limit the topside near the 1.12 psychological mark, which is also the 200-day moving average.


Oil tanks on rising US stockpiles

WTI crude dived below the $55 a barrel after the weekly EIA data showed that the US oil inventories increased by 5.7 million barrels last week, versus 500’000 expected by analysts. The US stockpiles rose meaningfully more than the expectations in six weeks over past seven weeks.

Still, the expectations of further production cuts from OPEC are building stronger ahead of the cartel’s December meeting. Demand from dip-buyers remain solid below the $55 a barrel mark.