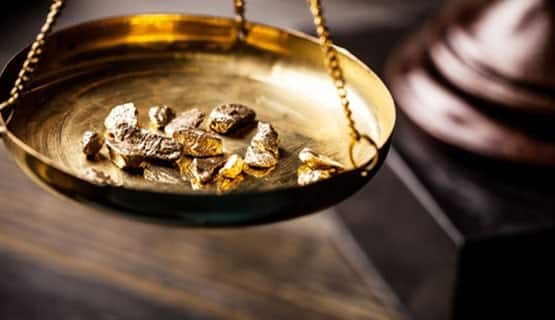 US trade deficit shrank to $52.5 billion in line with expectations, after exports fell 0.9% and imports retreated 1.7% in September. Trade with China took a hit after Washington imposed more tariffs on Chinese goods from September 1st. But the White House will likely remove these tariffs in the coming weeks to clinch a partial trade agreement with China and to get the world’s most crowded economy to boost its farm product purchases from the US. Donald Trump could hope for minimum $20 billion worth of farm purchases in exchange of dropping tariffs. That number could shoot up to $40 to $50 billion US dollars. And no one else than China could promise such huge numbers.

Due later this week, the Chinese trade data will likely reveal a 4% slump in exports and 7.9% fall in imports in October.

Data-wise, Markit’s PMI index hinted at a slower expansion in US services in October, while the ISM non-manufacturing index beat analyst estimates with a strong 54.7 print, versus 53.5 expected and 52.6 posted a month earlier.

The US dollar gained across the board. The US dollar index rallied to 98 mark. The US 10-year yield hit 1.87%, a seven-week high as Federal Reserve (Fed) doves trimmed their bets for further policy easing.

In the equity markets, the trade optimism kept the US stock indices near their all-time highs on Tuesday. But three major US indices closed mixed. The S&P500 erased 0.12%, the Dow gained a timid +0.11% and Nasdaq ended the session almost flat.

India is the world’s biggest gold buyer, but Indians have less money to buy gold these days. According to the latest data, the Indian demand for gold crashed by a remarkable 32% from July to September amid the global economic slowdown has taken a toll on Indians’ disposable income. Gold dived to $1480 an ounce.

Combined with an improved risk appetite and a positive shift in sovereign yields, gold could test $1475, the 100-day moving average support and eventually break it.

WTI crude tested the $57.50 a barrel for the second day, but the easing risk appetite pulled the price of a barrel below the $57 mark in Asia. Oil traders should find dip-buying interest in price pullbacks, as the expectation of further production cuts sneak in on the run up to OPEC’s December meeting.

Asian equity markets traded with a mixed sentiment. Energy stocks gained up to 0.50% before reversing gains in Sydney.

The USDJPY traded past the 109 mark on strong US dollar and soft PMI release. Japan’s services PMI slipped below 50, the contraction zone, in October as global economic headwinds further hit demand.

The Aussie-dollar remained topped near the 0.69 mark. The yuan stabilized near the 7 mark against the US dollar.


Euro, pound lose field against a broadly stronger US dollar

In the Eurozone, the composite PMI is expected at 50.2 at today’s release, a touch above the critical 50-barrier. The euro shrank below the 1.1100 against the US dollar and the pair is currently scratching the 1.1080/1.1075 support. Trend and momentum indicators turned negative, hinting that a further sell-off is plausible. September retail sales data will either encourage a deeper euro sell-off or limit the downside near the Asian session lows (1.1067). According to a market consensus, European retail sales may have accelerated to 2.4% on year to September, from 2.1% printed a month earlier. Any disappointment could weigh on the single currency. A move below the 1.1063, the major 38.2% Fibonacci retracement on October rise, should pave the way for a deeper downside correction toward 1.1028, the 50% retrace, and to 1.0992, the major 61.8% retrace.

Across the channel, the pound slides slowly against the US dollar in a lower-highs-lower-lows pattern since November 1st. Cable consolidates near the six-month highs and there is no apparent interest for pushing the pair above the $1.30 mark before the December election. Hence, the pound will likely cool slowly within 1.27/1.30, the bullish consolidation zone following its October rally.

The British blue-chip index is set for a negative open on Wednesday.