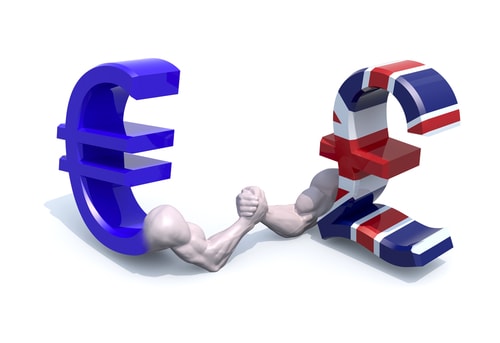 If the week started on some optimism regarding the US-China trade deal and the Brexit, it will probably end on battered hopes of seeing any progress on both ends.

Netflix, on the other hand, had a good day, as its third quarter earnings topped analyst estimates. The company’s shares jumped 11%, as a better-than-expected performance overseas outweighed the slowing subscriptions partly due to rising fees at home. Netflix said it aims to aboard 7 million new international customers over the next three months, but warned that the launch of Apple TV and Disney+ ‘will be noisy’, and there could be a ‘modest headwind’ to their near-term growth, which has been factored in in their fourth quarter guidance.

Philip Morris and Morgan Stanley are the next to release results today.

WTI crude rebounded to $53.75 a barrel but gave back gains to settle near the $53 level in Asia.

Yet, the Aussie jumped after a strong jobs report eased the expectations of a softer monetary policy from the Reserve Bank of Australia (RBA) in the coming meeting, while in the US, the unexpected 0.3% m-o-m decline in retail sales revived the expectations that the Federal Reserve (Fed) would again lower its rates at its October meeting. The US 10-year yield gapped below the 1.74% level, as the probability of a 25-basis-point cut rose to 84%.

Due today, the US industrial production data could confirm a 0.2% monthly decline in September, versus 0.6% expansion printed a month earlier. Weak data could further spur the dovish Fed expectations, pull the US sovereign yields and the dollar lower.

Elsewhere, stocks in Hong Kong (+0.87%) gained as the US House passed a bill requiring an annual assessment of the city’s fundamentals to keep its special status intact. The US’ support may have been a relief for some investors, but on this front, we know that Beijing has a clear agenda for 2047. The question is, whether the recent political outbreak would fasten the transition phase or not. The Hang Seng index gained more than 5% this week, some profit taking could slowdown the rally near the 27000 mark into the weekend.

Gold remained offered past $1490 an ounce, as sovereign yields advanced in Europe and in Asia.


Philip Morris’ earnings under pressure as e-cigarette business at jeopardy

Philip Morris shares recovered half of July-September’s 23% decline, but the future looks rather blurry for the tobacco giant, not only because the cigarette sales are on a declining path across the globe, but also because the e-cigarette business is at jeopardy after the announcement of several health issues related to vaping. On the other hand, the company’s efforts to diversify its revenues via an investment in a marijuana company called Cronos, didn’t pay as much as expected so far. Cronos shares lost more than 55% since June. As a result, the PM’s comparable EPS may have dropped by 5% in the third quarter.

British and European policy makers downplayed the possibility of a Brexit agreement in the coming days. Although the parties seem to have come close to a deal at this week’s talks, they couldn’t find a solution to the Irish border paradox yet. And the truth is, even if the leaders came to an agreement among themselves, there is only a slim chance for Boris Johnson to find sufficient support in Parliament to give it a green light.

Nevertheless, the pound extended its rally to 1.2877 against the US dollar on Wednesday, as the recent rebound motivated, or forced pound-bears to close their short positions quiet hurriedly.

But the pound markets may have gotten well ahead of themselves. There are rising signs of discomfort at the actual levels. The two-week risk reversals covering the October 31st deadline made a sharp U-turn and became negative, hinting that investors have stopped hedging the upside risks in sterling and began hedging the downside risks, again.

Meanwhile, Cable remained supported above the $1.28 in Asia. Large option expiries from 1.26 to 1.29 should give an additional support to buyers today.

On the data front, the retail sales excluding autos may have rose to 2.9% y-o-y in September versus 2.2% printed a month earlier. A strong sales data could give a further positive spin to the pound despite the lingering Brexit uncertainties.

The British blue-chip index underperformed its European peers on Wednesday on the back of a stronger sterling and waning risk appetite.

FTSE futures (+0.06%) traded sideways in Asia, pointing at a flat open in London on Thursday.