By Ipek Ozkardeskaya
Is Brexit happening? The ball is in Parliament’s court. P&G to top estimates. 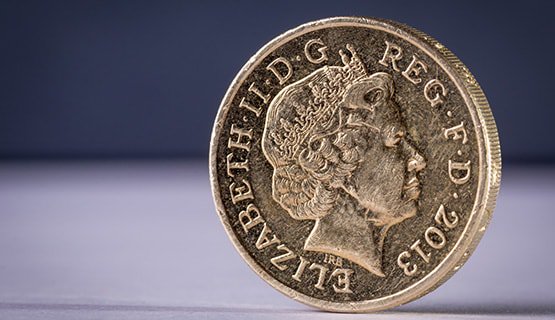 Stock markets trade on a positive note on growing expectations that the US and China may finally clinch a partial deal at next month’s APEC meeting in Chile. US President Donald Trump said that China is already buying US farm products, and he wants them to buy more. He also knows how to get China to buy more farm products: by removing the tariffs on their exports.

US equity futures are up following a positive trading session in New York. The Dow (+0.15%) and Nasdaq (+0.27%) futures edge higher along with the Japanese stocks.

The US dollar is softer against the majority of its G10 counterparts, except from the risk-haven yen and the franc.

Gold retreated to $1481 an ounce. The downside risks prevail, as investors trim their net speculative long positions which hit a three-year high in September. This far, less than 20% of non-commercial long positions that have been built during the past year have been closed. This means that there is a good potential for a deeper downside correction in gold. Improved US yields and falling inflation are other factors supporting a further sell-off in the yellow metal.

The US 10-year yield advanced to 1.80%, although the probability of a 25-basis-point cut stands at a solid 90% for next week’s FOMC meeting. The Fed’s treasury bill purchases apply a downside pressure on the short end of the US yield curve, however. The one-to-six-month fraction of the curve is down by more than 20 to 30 basis points over the month.

Third-quarter company earnings should determine whether investors would increase the pressure for a broader balance sheet expansion from the Fed. So far, the earnings have surprised on the upside, with visibly better-than-expected bank results.

Today, McDonald’s and P&G will reveal their latest results before the market open, Snap is due to announce its earnings after the market close.

The P&G’s fiscal first quarter organic sales are expected to top estimates despite a difficult quarter on the back of a stronger US dollar. But good sales growth and solid volume performance is expected to have generated a solid 4.785% organic growth during the quarter. The adjusted EPS estimate stands at $1.24 per share; expectations range from $1.18 to $1.30.

The P&G shares gained almost 40% since the beginning of this year, and nearly 45% since December. Hence, better-than-expected earnings could send the stock price to $125 per share, where it could meet some resistance. We believe that strong quarterly results could encourage investors to realize profits and walk away for a while, assuming they have hit their target for now, provided that the twelve-month average target price for P&G stand at $124 a share on a Bloomberg survey. But overall, investors will continue loving P&G for its strength in price-led competition and innovation.

The pound has been flirting with the 1.30 hurdle against the US dollar on relief that Johnson-led negotiations will certainly not result in a chaotic Brexit by the end of this month. Markets price in the likelihood of a three-month extension in the Brexit deadline, with an increased possibility of inking a deal before the October 31st time limit.

The government published a 110-page Withdrawal Agreement Bill on Monday. Today, MPs will vote on whether they go ahead with Johnson’s Brexit bill. According to recent talks, Johnson has just enough support to pass his withdrawal bill through Parliament.

If the bill passes, British policymakers should also agree on whether they should accelerate the timetable to scrutinize the bill in order to deliver the Brexit by next week.

The pound’s destiny depends mostly on the withdrawal vote, given that if Johnson’s deal passes through Parliament, Europeans will likely forgive a minor delay in finalizing the divorce.

But investors can never be too careful; the one-week risk reversals hint that the downside risks are better hedged than the upside risks.

The FTSE 100 tested the 7200p handle soon after the Monday open, but stronger pound weighed on demand. Meanwhile, Smith&Nephew nosedived by an impressive 8.85% and erased 5.64 points off the index, after its CEO’s premature stepdown raised concerns about the company’s ability to boost the stagnating revenues.

The British blue-chip index is expected to open 7 points higher at 7170p on Tuesday.