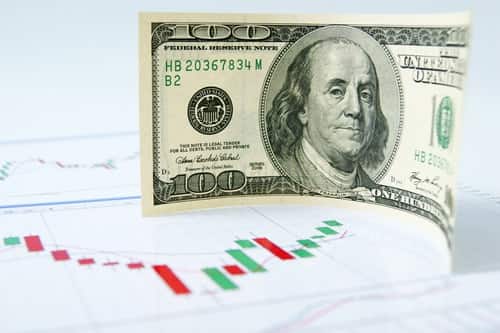 Alibaba beats its own record by more than 26%

If the Singles’ Day sales are a gauge of the Chinese consumer health, then the Chinese consumers are doing just fine. E-sales on Alibaba’s platform hit a new worldwide record with $38 billion worth of sales during the 11.11, easily beating its very own $30 billion record achieved last November.

Some say that Chinese paid tribute to Alibaba’s iconic Jack Ma who has just retired, while others believe that a part of the sales boost came from promotions that went beyond reasonable. Either way the outcome is clear: China remains the world’s most exciting consumer market for the retail business with or without a trade war hanging on its shoulders, a market beyond the scale.

Now back to earth. The Chinese economic data hasn’t been as encouraging as Alibaba sales. New loans in China dropped to 661 billion yuan in October, versus 1690 billion yuan printed a month earlier, and meaningfully lower than 800 billion yuan expected by analysts. Sharp drop in new loans, combined with the factory-gate deflation hint that the Chinese economy is sputtering due to the ongoing trade tensions with the US. Investors seek clarity on where and when the US and Chinese officials will meet to cement a partial deal to wind down a part of their mutual tariffs to give a much-needed relief to the market.

Asian equities took over a flat-to-negative market on Tuesday, following a trading session painted in red both in European and US equity markets. But that capital didn’t flow into the sovereign bond markets, nor into gold.

Gold shortly dived below the $1450-support an ounce. Improved sovereign yields should apply some additional pressure on gold demand. Resistance is eyed near the 100-day moving average, $1477.

Meanwhile, the US dollar edged higher against most G10 currencies in Asia, except the British pound.

The big picture hints that investors are turning into cash as they await concrete details from US-China trade talks.


‘Unilateral’ coalition for a sure Brexit

Brexit Party’s Nigel Farage sent the pound rallying on Monday, as he announced he won’t fight Boris Johnson’s Conservatives in the upcoming general election. Farage’s stand down boosted Johnson’s chances of winning the December snap election and lowered the possibility of a renewed Brexit referendum and more political uncertainties that would come along with a Labour victory.

Cable tested the 1.29 resistance and consolidated gains above 1.2850 in Asia. The golden cross formation on the hourly chart, where the 50-hour moving average crossed above the 200-hour moving average, could lend some support to the pound. But the topside will likely remain limited before Wednesday’s inflation data, which should confirm a further slowdown in the headline figure and could revive the Bank of England (BoE) doves following the unexpected dovish shift at the heart of the MPC at last week’s monetary policy meeting.

Due today, the employment figures will likely be no surprise.

The FTSE 100 closed 0.42% down on Monday, as mining stocks (-1.95%) led losses after the Chinese producer price deflation revived worries of further economic slowdown.

Brent crude consolidated near $62 a barrel on hope that OPEC and its allies will announce further production cuts at next month’s meeting, but energy stocks will likely remain under the pressure of rising worries about a further wind down in Chinese demand.

Fresnillo and Anglo American shred more than 2.50%, as gold tested the $1450-support on Monday. Falling gold prices should continue taking shine off the goldminers.