By Ipek Ozkardeskaya
Equities mixed on soft data, US nonfarm payrolls in focus 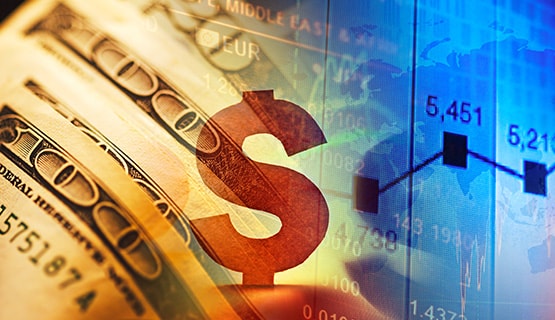 US equities reversed gains from all-time highs amid Chinese officials voiced their concerns about the feasibility of a long-term comprehensive deal with the US and about the volatile nature of US President Donald Trump. With the APEC summit canceled on social unrest, investors start questioning whether Donald Trump and Xi Jinping will organize a bilateral meeting to discuss about the much-expected partial deal.

Trump, on the other hand, is about to have a hard time with the House of Representatives having decided to make his impeachment investigation public.

Anyway, the S&P500 closed 0.30% lower at 3023 on Thursday and the Dow Jones slid 0.52%. Nasdaq (-0.14%) remained less affected by the US stock sell-off, as technology stocks were lifted by encouraging Facebook and Apple earnings.

Stocks in Hong Kong and Shanghai first fell then rose.

Kospi remained offered a touch below the 2100 level, as South Korean exports slumped almost 15% y-o-y in October due to global trade tensions and Japan’s ban on its exports.

Gold rallied past the $1510 an ounce, hinting at a rising distress at the current equity prices. In fact, the S&P500 has become completely detached from underlying companies’ profits on the back of exponentially rising equity prices. The last time a similar divergence happened, it was the 2000’s dotcom bubble. It is certain that lower interest rates help boosting company results and their share prices, but it is unsure how swollen the prices have become as a result of a perhaps unnecessary monetary push in the US.

Back to gold, a correction sell-off in equities could profit to the yellow metal, especially if the US treasury yields continue falling.

This week has seen shocking growth figures from Hong Kong. The city’s GDP fell 3.2% during the second quarter alone, as the progressively violent anti-China protests have taken a toll on its businesses. This has been the second heaviest quarterly contraction on record, and the social unrest seems far from being over. Due today, September retail sales data should confirm a hefty 28% fall in volumes, following last month’s -25%.

Taiwan, on the other hand, saw its GDP growth accelerating to an annualized 2.91% in the third quarter, from 2.40% printed previously and 2.45% penciled in by analysts. It is unsure whether Taiwan’s outstanding growth was partly due to Hong Kong protests, but it is a plausible explanation.

Elsewhere, the Eurozone’s growth slowed from 1.2% to 1.1% on annual basis in third quarter and the inflation estimate for September slowed from 0.9% y-o-y to 0.7% as expected. Soft economic data topped the euro gains near the 1.1180 against the US dollar. But the renewed weakness in the US dollar continues giving support to the pair. A progress to the 1.12 mark, the 200-day moving average, is possible if the US jobs figures match the weak market expectations.

A consensus of analyst expectations points at a significantly weak nonfarm payrolls report at today’s release. The US economy may have added 85’000 nonfarm jobs in October, versus 136’000 printed a month earlier and a twelve-month rolling average of 179’000. The GM strike may be accountable for at least 50’000 of last month’s decline in nonfarm payrolls.

Looking back, October NFP figures were as strong as 277’000 and 260’000 one year and two years earlier respectively. Thus, despite the GM strike, a print below the 100’000 psychological threshold is too weak for the season.

A read between 100K and 150K should trigger limited enthusiasm. A print up to 200K is good, while an unlikely read above 200K would be a cherry on top of encouraging third quarter company earnings and stronger-than-expected growth.

The pound flirts with solid 1.2960 offers against the US dollar, where the major catalyzer is undoubtedly the weak dollar. An advance above the $1.30 mark should see increased profit takings, as the pre-election shenanigans should encourage the short positions to take over the sterling market.

According to the latest CFTC data, investors already trimmed half of the short positions that have been built between April and August, noting that in April, short and long positions were almost perfectly balanced. Hence, there is room for a further recovery, but the pace of recovery will likely slowdown heading towards the December 12 election. US President Donald Trump advised Johnson to team up with Brexit Party’s iconic Nigel Farage and leave the EU with no deal in hand, with the promise that the UK could ‘do much bigger numbers’ with the US. Investors gave little attention to his words.

Data-wise, the October manufacturing PMI may hint at slightly faster contraction in October. Soft data could trigger a tactical sell-off across the pound markets, but a kneejerk reaction, if any, should remain limited as manufacturing is not Britain’s core business. Next week’s services PMI should tell more about the economy’s health.

On the equities front, the FTSE fell big on Thursday, as energy stocks (-3.59%) led losses on Shell’s sharp decline (-4.50%) posterior to third-quarter earnings announcement. Despite improved earnings, Shell’s warning that it could not achieve a $25 billion buyback program by the end of this year left investors furious.

The FTSE is expected to open 32 points stronger at 7280p on Friday.