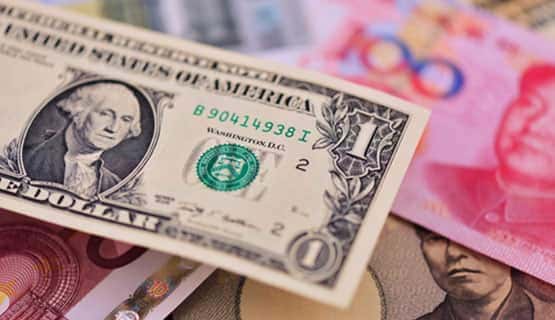 Global markets trade with joy on improved trade optimism, as encouraging news continue breaking in from the US front. According to the latest news, the US is now debating whether to remove a part of tariffs imposed on Chinese imports on September 1st. Such a charming move from the US would help breaking the ice between the two parties and pave the way towards a partial deal in the coming weeks. Or this is at least what investors are betting for.

European and US stocks closed Monday’s session in the positive territory.

Japanese stocks hurried up at Tokyo open to catch up with yesterday’s market rally, as Japanese investors returned from bank holiday. Nikkei gained past 2%.

US equity futures were flat-to-positive, while equities in Shanghai, Hong Kong and Australia extended advance.

The People’s Bank of China lowered the one-year medium-term lending facility rate from 3.30% to 3.25% to give support to its slowing economy.

Trade-optimism led purchases should continue boosting the risk appetite, especially if China shows interest in latest US comments. Chinese President Xi Jinping spoke at the opening of China International Import Expo in Shanghai today. He reiterated his endeavour for ‘breaking the wall’ instead of building one for the best interest of humanity. Investors bought into the idea of international collaboration to promote global growth. For now, though, China remains one of the world’s hardest to penetrate markets, especially for web services.

The Reserve Bank of Australia (RBA) maintained the status quo at today’s monetary policy meeting, but left the door open for further cuts to support the economic growth if needed. The Aussie remained flat following the decision.

Elsewhere, the high-yielding currencies were in demand. Among the extended major currencies, the Turkish lira is the leading gainer against the US dollar. The risk-haven yen and franc are on the backfoot since Monday open.

The US dollar index, on the other hand, edges higher despite a faster-than-expected contraction in durable goods and factory orders in October.

The euro was sharply offered near the 1.1130 against the US dollar during the overnight trading session. Decent call options will expire at 1.1140/1.1150 on Tuesday. If the pair steps above this resistance zone, it could benefit from option-backed purchases. On the downside, buyers are touted between 1.1100/1.1080.

The pound slid below the 1.29 mark against the US dollar and consolidated within a tight range of 1.2880/1.2890 ahead of today’s services PMI data. Released last week, the UK’s October manufacturing PMI surprised on the upside. Services PMI is more relevant for the health of the British economy, as services make up to 80% of its economy. A consensus of analyst expectations points at a reading of 49.7 for the services PMI today. This expectation is a touch below the 50 level which distinguishes expansion from contraction. Hence, a better-than-expected services PMI print, ideally a surprise expansion could reverse the pound sell-off and encourage an advance past the 1.29 level. A disappointment should flourish the sell-side and pressure the pair toward the 1.2820/1.2800 support zone.

In the medium term, the pound should continue feeling the pinch of political uncertainties on the run up to the critical December election. But the waning probability of a no-deal Brexit should keep the downside limited near the 1.27 mark, the major 38.2% Fibonacci retracement on October rise.