By Ipek Ozkardeskaya
Equities gain on mysterious hope for a trade deal between US and China. Lira hammered. 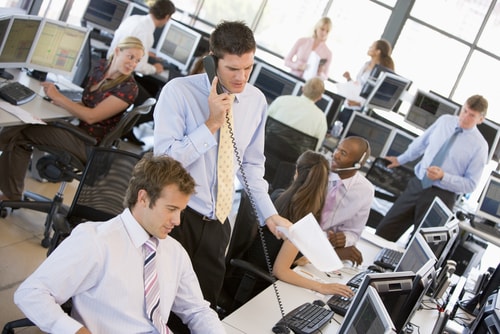 Asian trading session was marked by a solid risk appetite as China and Hong Kong returned from a week-long holiday.

Chinese equity markets opened upbeat following the Golden Week break. Shanghai’s Composite advanced 0.87%, as the technology stocks gained up to 1% despite news that eight Chinese tech companies have been blacklisted in the US.

Stocks in Hong Kong gained up to 1.40% as the most feared Chinese celebrations were left behind, although violent street protests paralyzed the city’s streets over the past couple of days and further hit the business sentiment.

Japanese equities rallied on a higher-than-expected current account surplus in August and a softer yen.

Korea’s Kospi traded in the green, as well. Samsung beat analyst estimates in the third quarter on solid demand for its Galaxy Note 10 and Galaxy Fold, but also for Apple’s iPhone 11 Pro, which uses its OLED displays. Samsung Electronics surged 1.36% in Seoul, though Japan’s restrictions on Korean exports continue being a major headache for the Korean tech giant in the foreseeable future.

Sovereign bonds sold off, gold eased to $1487 an ounce, as the Swiss franc retreated against the US dollar.


Unexplained optimism ahead of US-China talks

The actual market optimism is highly vulnerable to political headlines, as the US and China are showing teeth to each other before this week’s crucial high-level trade negotiations.

First, Chinese officials constricted the range of topics they are ready to discuss on. Then yesterday, the US blacklisted eight Chinese tech companies pointing at human right violations against the Muslim minority living in the Xinjiang region in Northwest China. The barred companies include Hangzhou Hikvision Digital Technology and Zhejiang Dahua Technology, which stand for nearly a third of the global video surveillance market.

The US also warned China that if they do anything ‘bad’ in Hong Kong, the trade negotiations could take a less friendly turn.

Hence, the US pointing at the highly sensitive political issues in Hong Kong and Xinjiang, the blacklisting of eight more Chinese companies on top of the ongoing headache with Huawei Technologies, combined with a narrower range of matters that China is willing to discuss, will certainly dampen the mood at this week’s trade negotiations between the high-level US and Chinese officials. Despite optimistic approach from the US President Donald Trump, it would be highly surprising if the two counties reached a comprehensive deal in the coming week. Even an interim deal is at jeopardy.

But presently, the market activity tells that investors don’t seem to be too worried about the latest news. If Chinese officials head to Washington, there is hope. The inability to reach a trade deal will again dishearten global investors, but it won’t be a shocker for the market. Investors will instead turn to the Federal Reserve (Fed) to drown their sorrow in heightened hopes of another rate cut by the end of this month. Though, the FOMC meeting minutes, due Wednesday, could give a mere insight on what’s cooking in the Fed’s kitchen for the upcoming meeting. Faced with dovish market expectations, the Fed could be brought to lower its interest rates for the third straight meeting. At this point, an October rate cut seems more likely than not. The activity in the US treasury markets assesses 70% probability for a 25-basis-point action on October 30.

The euro trades a touch below the 1.10 mark against the US dollar, as decent offers cap the topside near this level. The option markets are mixed near $1.10. Call option expiries above 1.0950 could give a hand to the euro bulls at today’s trading session.

In the absence of major economic data in Europe, the short-term direction in the EURUSD will likely remain dollar-driven. Today’s data could confirm the expectations of softer factory-gate prices in the US and a fading NFIB small business optimism, spur the Fed doves and pull the US dollar lower against the single currency and other majors.

The pound remained offered near the 1.23 mark against the US dollar in Asia, however the option markets hint that investors have increased their bets for a relief in sterling in the coming weeks. The two-week risk reversals reached the highest since May 2019, as call option premiums rose versus put option premiums on expectation of a stronger British pound if the UK managed to secure a delayed Brexit deadline in the coming days, or weeks.

The FTSE 100 tested the 7200p offers on Monday, boosted by the cheapened British pound and a spike in oil prices on a mysterious upsurge in hopes of a trade deal between the US and China.

The FTSE is expected to open 15 points higher at 7213p on Tuesday.


Lira under pressure as US pulls troops from Northern Syria

The Turkish lira got hammered by the news that the US will pull out its troops from Northern Syria. The BIST 100 fell 0.45% on Monday, despite a positive trading session across Europe. The US’ withdrawal will change the geopolitical landscape in the region as it would pave the way for a Turkish incursion into the Northern Syria. The USDTRY jumped to 5.84 on rising geopolitical risks on Monday. Even the appetizing rate differential may not convince investors to stay seated on their Turkish lira holdings. The USDTRY one-month risk reversals jumped to a three-week high as investors hurriedly hedged their long lira positions. The pair could eye an advance to the 6 mark against the US dollar.