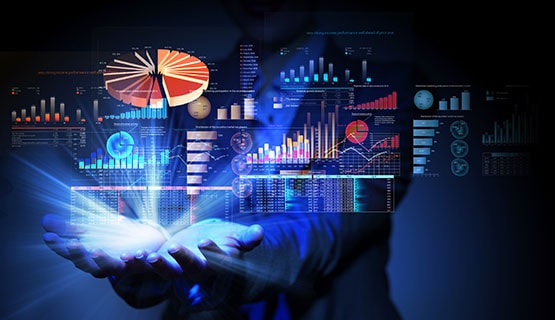 Chinese consumers have their eyes stuck to their phones today for the country’s biggest e-shopping festival known as ‘Double Eleven’. They are buying. Sales on Alibaba’s e-commerce platform hit $13 billion in the first hour of sales after midnight, hinting that last year’s $30 billion record will likely be surpassed with ease.

But, the Singles’ Day sales growth have slowed 27% last year and the slowing trend could continue this year due to a fading euphoria, rising competition within the country and a slowdown in economy. It is also said that some vendors may have dampened prices beyond reasonable to survive through the hard times.

Still, if we compare Alibaba’s performance with last year’s Cyber Monday sales of $7.9 billion only, we are talking about gigantic numbers.

This being said, it is important to keep in mind that Singles’ Day sales are partly impulsive, partly planned. During the first eleven months of the year, Chinese households prepare a list of things they would like to buy during the Double Eleven promotions, if they have enough patience or flexibility to do so. As such, besides impulsive purchases, big quantities of necessity products are also bought this day and stocked for months to come. Hence, a part of Alibaba’s 11.11 sales is simply purchases that have been postponed to this date and sales that won’t happen during the months following the event.

Still, the outcome of today’s sales should give a good insight on Chinese consumer sentiment following a year of economic slowdown.

Released over the weekend, inflation figures have given some headache to Chinese policymakers. The consumer inflation shot up to 3.8% in October due to off-the-roof pork prices, significantly more than 3.4% expected by analysts and 3.0% printed a month earlier.

But behind China’s rising pork-led consumer price inflation hides a much bigger problem: the factory-gate deflation. Chinese producer prices fell 1.6% over the year to October, slightly faster than -1.5% penciled in by analysts and -1.2% printed a month earlier. These figures confirm waning demand and slowing economic activity in the world’s most populated nation. Hence, despite the fast-rising consumer price inflation, the People’s Bank of China (PBoC) will likely remain on track for more policy easing to give the necessary support to its suffocating economy.

And the decline in Chinese producer prices is becoming a rising threat for the rest of the world. Damping Chinese prices should increase the downside pressure on developed economies’ inflation levels. Hence, a Chinese-imported deflation could be a further annoyance for G10 central bankers who already have hard time dealing with fading inflation and inflation expectations despite their ultra-loose monetary policies.

Back to China, the trade surplus rose to $42.8 billion in October from $39.1 billion printed a month earlier. Yuan denominated exports surprisingly surged 2.1% year-on-year versus -1.4% expected by analysts and from -0.7% previously. The current account balance in the third quarter enlarged to $54.9 billion from $46.2 billion printed earlier. Despite dovish PBoC expectations, the better-than-expected trade and current account surplus should keep the yuan sales capped near the 7 mark against the US dollar.

The US equity futures kicked off the week on a negative note, as well. The S&P (-0.28%), the Dow (-0.33%) and Nasdaq (-0.29%) futures edged lower on haunting economic slowdown worries amid Chinese deflation, and perhaps the realization that the stock prices may have raced to uncharted territories on illusion of a better future.

Still, the prospect of a partial trade deal between the US and China should lend support to any sell-off that hasn’t been triggered by a trade-related disappointment. US President Trump said that trade talks are developing ‘very nicely’.

Japanese stocks traded flat-to-negative in Tokyo. Core machinery orders slumped 2.9% m-o-m in September, versus +0.9% penciled in by analysts and the Japanese current account surplus fell more than expected. Soft economic data revived the Bank of Japan (BoJ) doves. As such, the risk-off sales across the Japanese equities were partially outweighed by the yen depreciation, but sellers prevailed.

The USDJPY found buyers above the 109.00 mark. The rising divergence between a more hawkish Federal Reserve and more dovish BoJ hints at a growing potential for a successful attempt to the 110 psychological resistance.


US dollar gains, euro and pound under pressure

The EURUSD consolidates a touch below 1.1030, the 50% retracement on October rebound. Firming bearish trend and momentum indicators are supportive of a deeper sell-off toward the 1.10 mark. Support is seen within 1.0990/1.1000 but put option expiries hint that the negative bias prevails near and below the 1.10-handle.

The pound cleared the 1.28 support against the US dollar. The surprise dovish shift at the heart of the Bank of England (BoE), political uncertainties before the December early election and the downgrade of the UK’s sovereign credit rating to negative from stable at Moody’s should continue weighing on the pound.

But the third quarter GDP read due today may cool down the pound sell-off, if the data confirms a 0.4% growth during the third quarter versus -0.1% printed earlier. The improvement would be partly due to increased exports from -6.6% to 2.9% and slower wind down in business investment.

The latest CFTC data confirmed a slowing unwind in net short sterling positions, as 70% of short positions accumulated between April and August have been closed.

But the waning risk of a no-deal Brexit should keep the sell-off limited near the 1.27 mark, the major 38.2% Fibonacci retracement which should distinguish between the Brexit-led medium-term positive trend and a bearish reversal.

European stock indices are set for a soft weekly open.