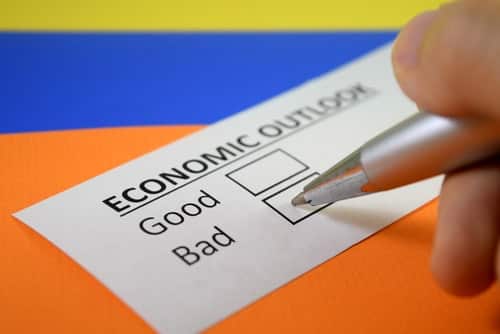 The Chinese GDP growth fell to 6% in the third quarter of 2019, although the industrial production jumped to 5.8% y-o-y in September and the retail sales advanced 7.8% as expected, versus 7.5% printed a month earlier. Fixed assets excluding the rural area expanded 5.4% y-t-d in September, a touch slower than 5.5% expected by analysts and announced a month earlier.

Weak growth data confirmed that the trade disruptions with the US have continued taking a toll on China’s economy during the third quarter and a trade truce is the only way to put the EM giant back on its feet. In this respect, and despite the rising tensions with the US, Chinese leaders are working hard to find an agreement with their US counterparts. With economic growth poised on the brick of the critical 6% level, Xi needs a deal more than ever.

Stocks in Shanghai declined, while gains in Hong Kong lost steam near the 27000 mark ahead of another weekend of protests across the city’s streets.

Nikkei and Topix first rose on softening Japanese yen, then erased gains. The inflation in Japan excluding fresh food eased to 0.3% y-o-y in September as expected, from 0.5% printed a month earlier. Falling inflation spurred the Bank of Japan (BoJ) doves. BoJ’s Kuroda said that the bank will ease without hesitations if risks to the economy rise. The activity on sovereign bond markets suggests a 100% chance for a 20-basis-point cut in Japanese interest rates in December.

Gold remained offered below the $1500 an ounce, as the US 10-year yield licked the 1.80% handle before falling to 1.73% on larger-than-expected decline in the US industrial production in September. The US dollar fell.

Elsewhere, the New York Fed President Williams said they are seeing ‘some improvement on some margins’ adding that the Brexit and the trade war remain major risks to the economy.

Today, Coca-Cola and American Express will reveal their Q3 earnings.

The euro-pound hit a five-month low and cable spiked to 1.2990 after the European and British leaders announced that they reached an agreement on Thursday. But the pair retraced gains to settle below the 1.29 mark as the DUP immediately repeated that they won’t support the deal as it stands today. Meanwhile, Labour Party’s Jeremy Corbyn said that Johnson negotiated an ‘even worse deal than Theresa May’s, which was overwhelmingly rejected.’

Anyhow, Boris Johnson returns to London with a deal in hand. He is halfway through his ‘do or die’ endeavour. Now, he must convince Parliament to ink a divorce deal by the end of this month. If pound traders remain hopeful, it is because it is not impossible for Johnson to obtain a parliamentary victory over his deal, but it will be tight.

The UK’s divided Parliament is now heading into a heated Saturday vote. Upside and downside risks in sterling are alike near the 1.30 level against the US dollar.

Positive news could send the pound at least above the 1.35 mark against the US dollar, while another disappointment could shoot it down to the 1.20 mark on a rising risk of a no-deal Brexit. In the latter scenario, even if Boris Johnson respects the law and asks for a delay in the Brexit deadline, there is a risk that the European leaders say no. This means that regardless of a law prohibiting Johnson to crash out of the union without a deal, a no-deal Brexit could still happen.

The two-week risk reversals hint that pound traders remain more concerned about the risk of a sharp crash in the pound than the contrary. On the other hand, decent call options from 1.2450 to 1.2900 will expire before the weekly closing bell and could give some support to the upside in the last trading hours of this week.

The FTSE 100 coped well with Thursday’s appreciation in pound and closed the session 0.20% up. Futures (-0.29%) hint at a soft start in London, however.


Carry traders hold on to their lira holdings despite Syrian tensions

Turkey’s agreement to ceasefire in Northern Syria for five days eased the selling pressure on the Turkish lira. The USDTRY eased to 5.8107 on news that the US won’t impose new sanctions on Turkey and would withdraw the ones announced at the beginning of the week if Turkey declared a permanent cessation of hostilities. But the geopolitical tensions will likely remain high, provided that the US senators believe that the actual deal is not enough to protect the Kurds and would push for more sanctions on Turkey.

So far, carry traders have held on to their long lira positions, mostly because the advantageous carry spread against the bottom-rock yields elsewhere was worth taking some risk. But an escalation of tensions between the US and Turkey could rapidly spoil the mood in this market.