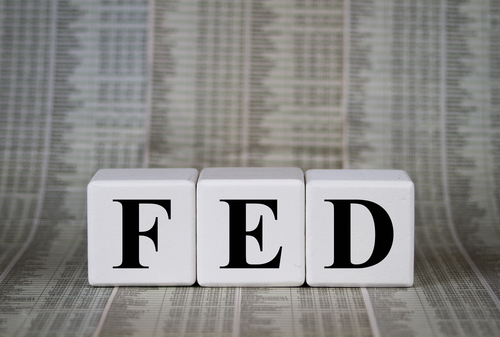 The UK will hold a snap election on December 12. Boris Johnson has finally convinced the House of Commons to back an early election before Christmas. And if the House of Lords approve the decision as well – which it probably will, British citizens will have a last say on Brexit before it happens. Hence, the December election is seen as some sort of a renewed Brexit referendum, where parties willing to cement the Brexit deal, and those willing to cancel it will be competing against each other. It is a sure thing that Boris Johnson bettered his odds after bringing an exit deal on the table and passing it through Parliament within the three months following his mandate – thing that former PM Theresa May failed to do during her three-year Brexit battle.

The pound shortly rose past the 1.29 mark against the US dollar, as a pre-Brexit election slightly increased the odds of staying in the union, but that rally remained short-lived. Moving forward, cable will likely remain within the 1.27/1.30 bullish consolidation zone following the September – October recovery. The waning possibility of a no-deal Brexit should provide a solid floor to the pound regardless of the rising pre-election uncertainties.

On the equities front, even better-than-expected BP earnings couldn’t reverse the sell-off across the British energy sector on Tuesday. BP alone erased 15 points off the index.

The British blue-chip index continues attracting dip-buyers below the 7300p level, however.

The FTSE is expected to open a touch below that level.

US stock markets had a lackluster session on Tuesday. Major US indices consolidated gains near their historical high levels ahead of the Federal Reserve (Fed) decision due later today, a decision that could dash some cold water on the actual stock rally.

Asian stocks traded with limited enthusiasm; the US equity futures were unsolicited on Wednesday.

The Fed is widely expected to lower the interest rates for the third consecutive meeting. But a 25-basis-point cut is already reflected up to 95% in the asset prices. There is only a little upside potential left to be explored on the interest rate front.

Hence, the accompanying statement is what matters the most to investors at today’s decision announcement. The sweet blend of better-than-expected third-quarter earnings and the progress in trade negotiations with China suggests an increased likelihood of a hawkish Fed statement.

But growth and employment data due before the Fed’s decision announcement could be a gamechanger in how investors hear Jay Powell’s policy message.

The US gross domestic product may have eased to 1.6% in the third quarter, from 2.0% printed earlier.

Depending on how good or how bad the data is, Powell would confront a more, or less demanding public. But unless there is a big surprise on the data front, the Fed may choose to gently sit back and evaluate the potential benefits of its total 75-basis-point ‘prevention’ cut to preserve the economic growth faced with a gloomy global outlook.

On the earnings front, Facebook and Apple will release their third quarter results after the closing bell today.

Despite the ongoing antitrust allegations, both tech companies are expected to post strong third-quarter revenues.

Facebook’s advertisement revenues are expected to top analyst estimates, but the social media giant will likely step up spending into the 2020 election year to minimize potential attacks about fake news and opinion manipulations.

While Facebook, fully blocked in China, is little sensitive to the heated US-China trade war, the economic impact of the ongoing frictions is yet to be seen in Apple’s results. The company’s decision to move some suppliers out of China may have increased its costs, but a rebound in mobile-game sales in China has probably boosted the App Store revenues last quarter and covered some of the trade-war related outlays.

The iPhone sales, on the other hand, have certainly remained contained over the past couple of months, only because consumers probably waited for the launch of the latest iPhone 11 to loosen their purse strings.

Overall, regardless of the slowing world economy and trade disruptions, Apple has the means to meet demanding investor expectations.

The earnings per share is expected to rise to 2.837 in Q3 from 2.180 printed a quarter earlier and jump to 4.420 in Q4, with the launch of iPhone 11 and Apple TV+. The latter is expected to shake up the online streaming industry with a very competitive cost of only $5 a month.

The Bank of Canada is expected to maintain the status quo.

Consumer prices in Australia rose to 1.7% y-o-y in the third quarter as expected.

The Aussie and kiwi gave back early gains as the US dollar strengthened versus all G10 majors, except the yen.

Gold eased to $1485 an ounce on Tuesday and remained capped below the $1490 in Asia. Australian yields eased the most in Asia.