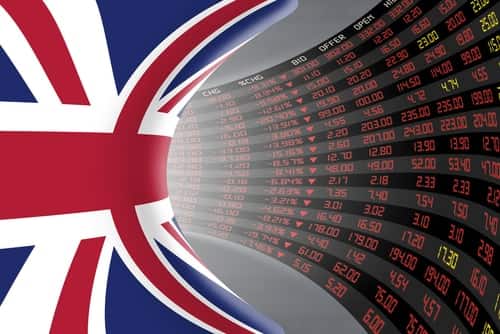 Investors might have two early Christmas presents this week, a phase one trade deal between the US and China and Brexit getting done.

Boris Johnson has won a “historic” victory for the Conservatives Party with one of the biggest victories for the party in decades. It’s a victory for relative stability on Brexit and the British economy. It will likely take some time for Labour to recover from this election. Labour Leader Jeremy Corbyn has said he will not fight the next election as leader, in effect announcing his resignation. The size of the defeat felt by the Labour Party means the kind of radical changes they had in store for the economy are less likely to ever materialise. That will be welcome news for investors who are waiting in the wings for some clarity from British politics about the direction it would take the economy.

It is now almost a foregone conclusion that Boris Johnson’s Brexit deal will be signed off by the end of January. Of course, Brexit is not yet complete. Negotiations over the future relationship with the EU will be tough and will likely go through some turbulent moments. The main point is that there is now an agreed direction of travel for Brexit. There is now a Prime Minister who has a strong mandate from the British people to get Brexit done how he thinks is best.

The British pound jumped 2% in a split second when the exit polls pointed to a huge Conservative majority and has held the gains since the results confirmed it. The big moves in the currency markets build on the already substantive gains for the pound since the election was called. Last night was the knee-jerk speculative response to the election but we think there is more room to the upside for Sterling.

The FTSE 100 looks set to open higher after some volatile trading in overnight futures. The prospect of a better business environment for UK-listed companies is offsetting the devaluation of overseas earnings from a stronger currency. We are expecting pro-cyclical and more domestic shares to dominate the gains on the FTSE 100 today. That might include the likes of banks and homebuilders. As a better reflection of the domestic UK economy, which stands to benefit from greater clarity on Brexit and the economy, the FTSE 250 index looks on course for a record high.

Outside of the UK, sentiment has been rising thanks to newfound optimism that the US can sign a phase one trade deal with China. Wall Street hit record highs in response to a tweet from President Trump. According to US sources, the deal has been agreed on both sides and just needs a sign-off from the US President. The prospect of a deal had seemingly dimmed on reports that the US would only delay new tariffs that are supposed to start this Sunday. If the deal gets official confirmation, then we would expect some extra gains in global markets. Rolling back tariffs in exchange for buying more agricultural products doesn’t fix any of the big trade issues. From a markets standpoint a phase one deal would just improve the chance of a global economic rebound next year.